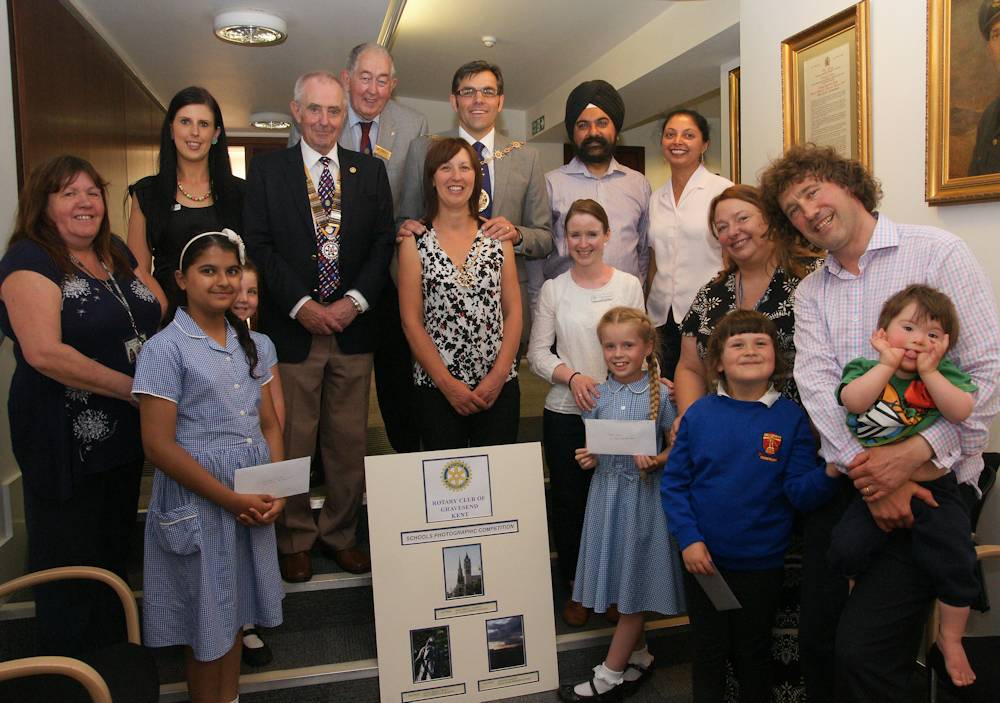 The theme of this years photographic competition was ” What I like about Gravesend” and was open to all the infant and junior schools in Gravesham.

On Monday July 4th the Mayor of Gravesend Councillor John Caller with the Mayoress Sue Caller welcomed the winners to the Mayor’s parlour in the Civic Centre and awarded the prizes.

The children told the Mayor what had attracted them to their particular subject and how they had composed their picture.

The Mayor said “how encouraging it is to see the younger generation taking an interest in their local environment. Gravesend and its multicultural society has so much to offer to so many people. All children who took part in the competition are to be congratulated and hopefully next year there will be even more entries..”

He thanked Rotary for organising the competition and for the many ways it served society.