A golf club handy for the town centre with good free parking and easy access to motorways and countryside. We were most fortunate in our choice of club HQ it enables the golfers amongst us to get in some regular practice before inviting our Rotarian friends to an afternoons competition. Not that it always guarantees success as we found out the other evening when members partners and friends from the three local Rotary clubs gathered for a meal, a chat and some stretching of the afternoon’s golf exploits before the prizes were distributed.
This Three Clubs evening has been a regular fixture for many years and for the record it is not a golfing event but a chance to meet over a meal and a drink and catch up with news of friends and families and to cheer the winners of the afternoon’s game. Our team didn’t quite make the top this year but all in all it was a really enjoyable evening . Rotary Club of Gravesend and Meopham proved worthy winners and we look forward to their organising next years outing 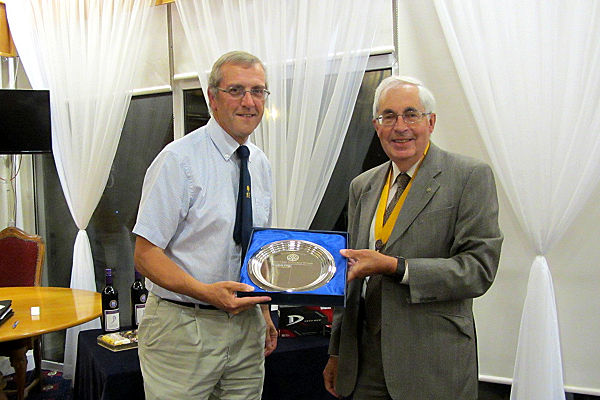 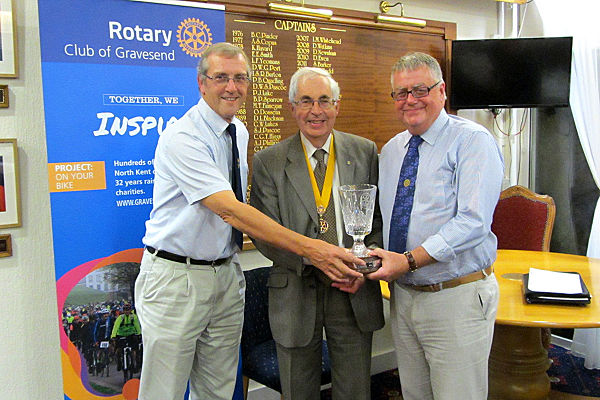 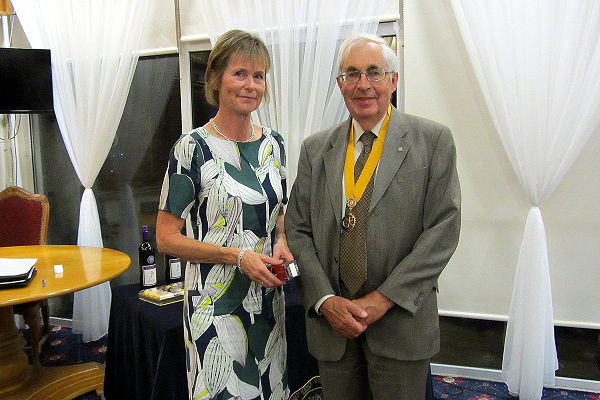 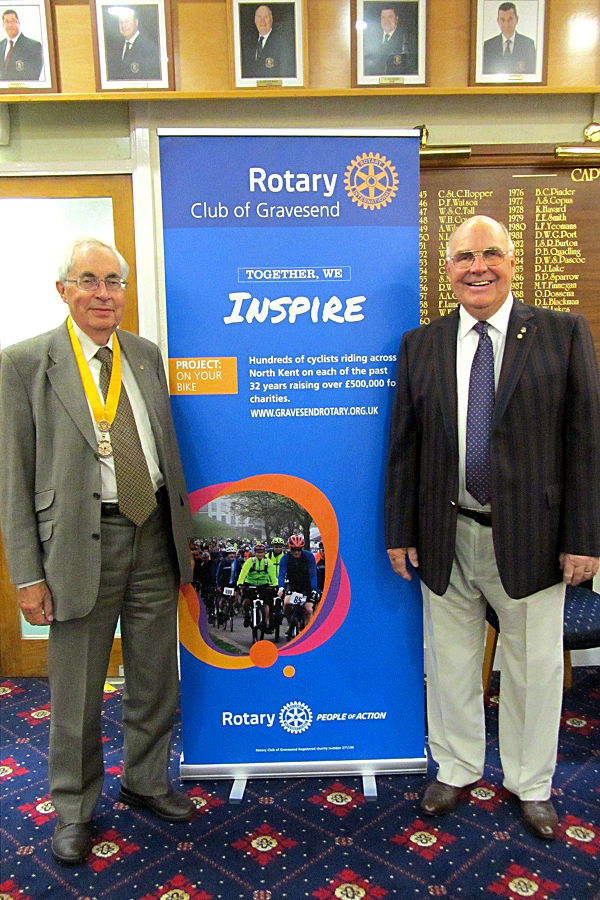 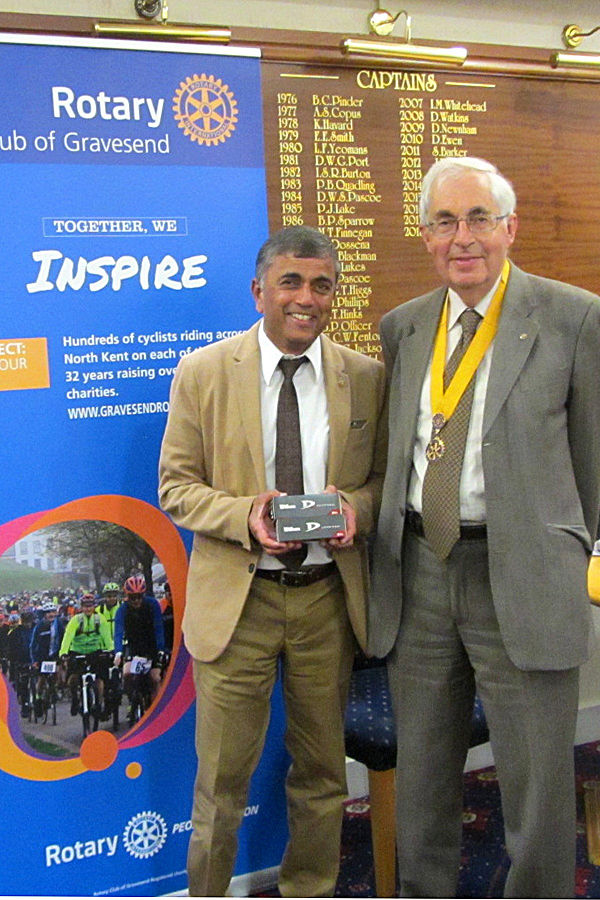 It was one o’ clock, on Sunday the 12th August and there was tension in the air that was tangible. The patchy clouds rolled overhead in the summer breeze showing the 21 yard pitch that nestled amongst the gardens towering trees – this would be the battleground.

Club pride was at stake here and while old friends laughed and joked as we enjoyed the lovely meal that Rochester ladies had prepared, there was no mistaking the determination in everybody’s eyes that this was going to be a hard fought game.

Rochester went into bat first and steadily piled on the runs while Gravesend’s bowling slowly whittled away at their batsmen. And then Gravesend got ready to show Rochester how to bat but suddenly, Rochester bowlers found their form and Gravesend wickets fell like matchsticks. In the wink of an eye it was over and the fellowship of Rotary shone as glasses were raise to the winners and President Tony Muckley presented the winner’s cup Rochester 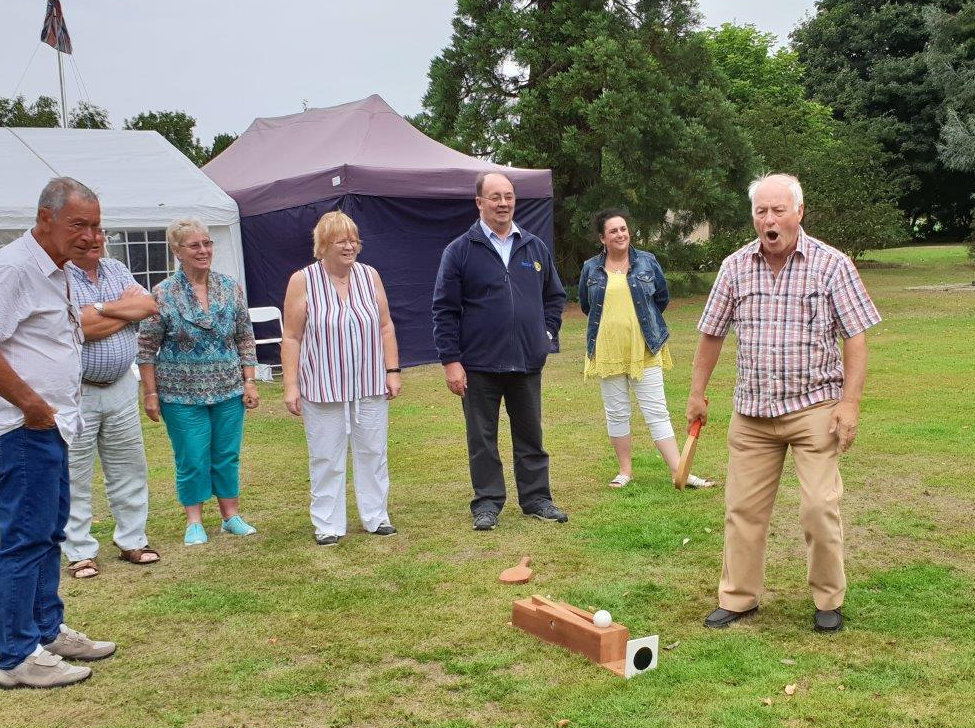 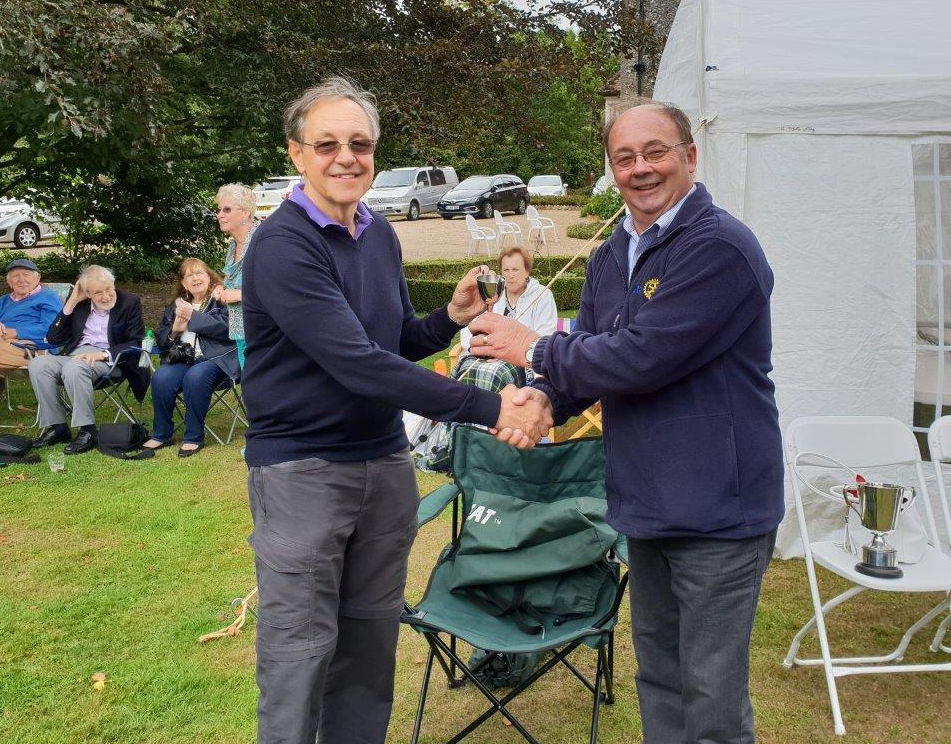 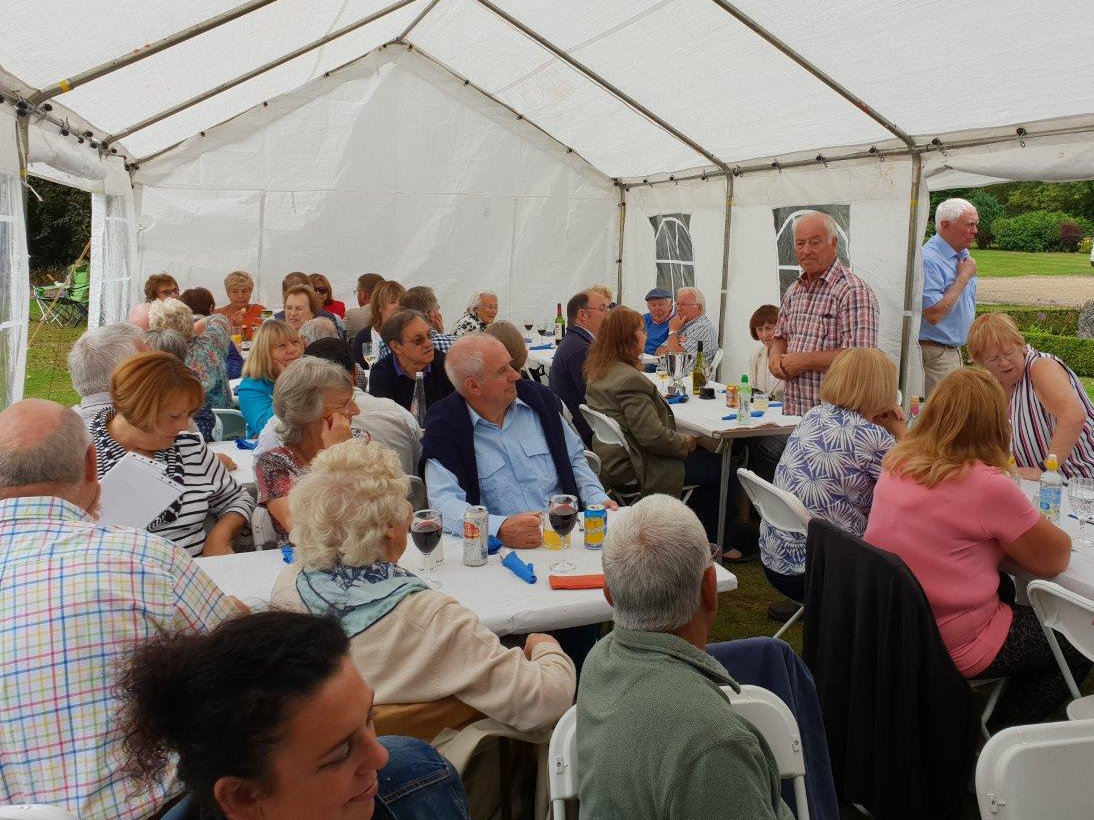 Gravesend … riverside resting place of Princess Pocahontas and gateway to London.   And home of a championship petanque rink at the Gravesend Rugby Club where the Rotary clubs of Gravesend and Northfleet gathered in late August to battle for the annual championship cup.

According to the meteorologists the long hot summer had finally come to an end some days before… tell that to the teams out under a blazing sun.

Rotarians, wives, partners, families and friends all joined in do  their best as the metal boules grew weightier and the perspiration poured
until finally the Northfleet club was pronounced victorious and everyone staggered back in to the club house for most welcome refreshment.

Like all good friendly matches the inter-team comments on their opponents had been as  intense as expected and the post match cries of
“we wuz robbed” by Gravesend meant that Northfleet now have the honour of hosting next years event.

Which will be the first Continental game to be played by these British teams outside the EU!

How will that be,  will it  be allowed they ask…watch this space! 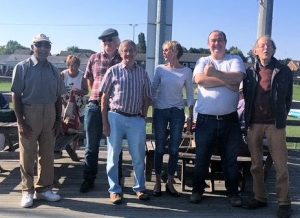 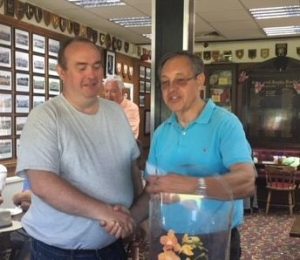 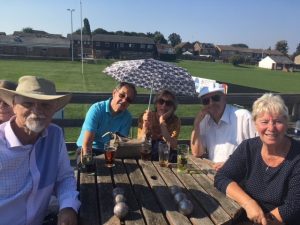 A trip on Saturday to the District Conference at Kent University in Canterbury with club President Tony Muckley and Rotarian John Baker. I never stop being amazed at the amount of charity work that’s done by the clubs of Kent.

The photo shows us in front of a “Shelterbox” of the type that are sent out to area’s around the world that have had a disaster within days of it happening. 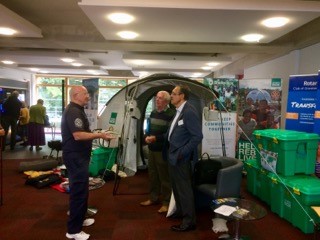 Other charities supported by Kent clubs include “Literacy” boxes (that are sent out to schools in Zambia) and closer to home, Busters Book Club (for Kent kids), Hi Kent (helping people in Kent with there hearing aids), Demelza (helping desperately ill kids), Rotary Childrens Hospice Family Holiday (taking Kent families with terminally ill kids to Disneyland Paris) and so many more…

Conference had speakers and breakout sessions that provided ideas of what and how some of these charities work and what can be done to help them.

A great day where we came away so much more aware….