Rotary clubs in the Southeast have supported the rev Ken Berkin who has been helping orphans in the Ugandan township of Kigezi for several years.

Recently our club gave him £600 towards building a clinic and on October 6th 2014 Ken visited our club with Rachel Harris his chairman of trustees to tell us of the latest developments in its construction and show us how our contribution had been spent.

Kigezi is in an area known as Little Switzerland and lies “beyond the tarmac” way out in the bush at the western end of the African Rift Valley.

Southeast Rotary club’s support is helping Ken’s charity “The Friends of Kigezi” who have worked tirelessly to bring water, education and sanitation to the local families and children in temperatures of up to 42 degrees.

Our club had the pleasure of introducing 2 new members to Rotary recently:

Lola Nurureen a Project manager and

Sunday Iyamu-Obasohan who is a Substance Misuse Specialist Counsellor

Sunday being welcomed into membership by President John Baker

Lola being welcomed into membership by President Adrian Warburton 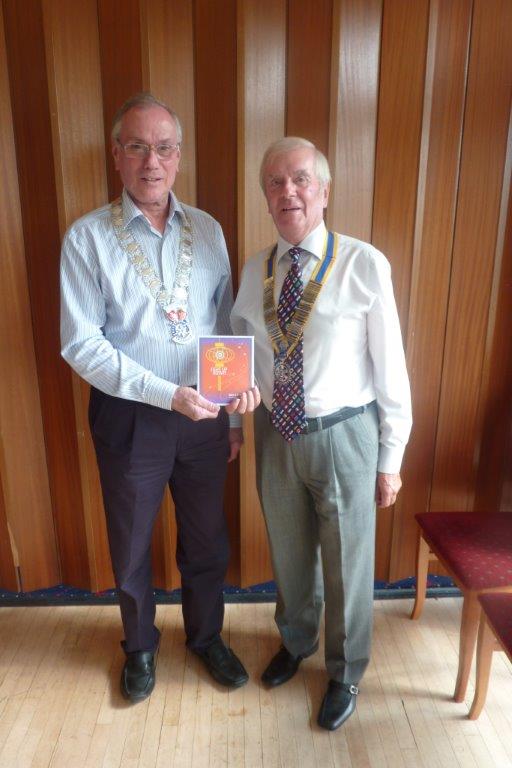 The Rotary Club of Gravesend is part of district 1120 which includes all  of Kent ,  part of Sussex and (recently) Gibraltar.  To keep in touch with clubs and their members the District governor, Martin Williams, visits all 85 clubs in the district and the photograph shows him(on the left) with our president John Baker during  his recent visit  to  Gravesend.