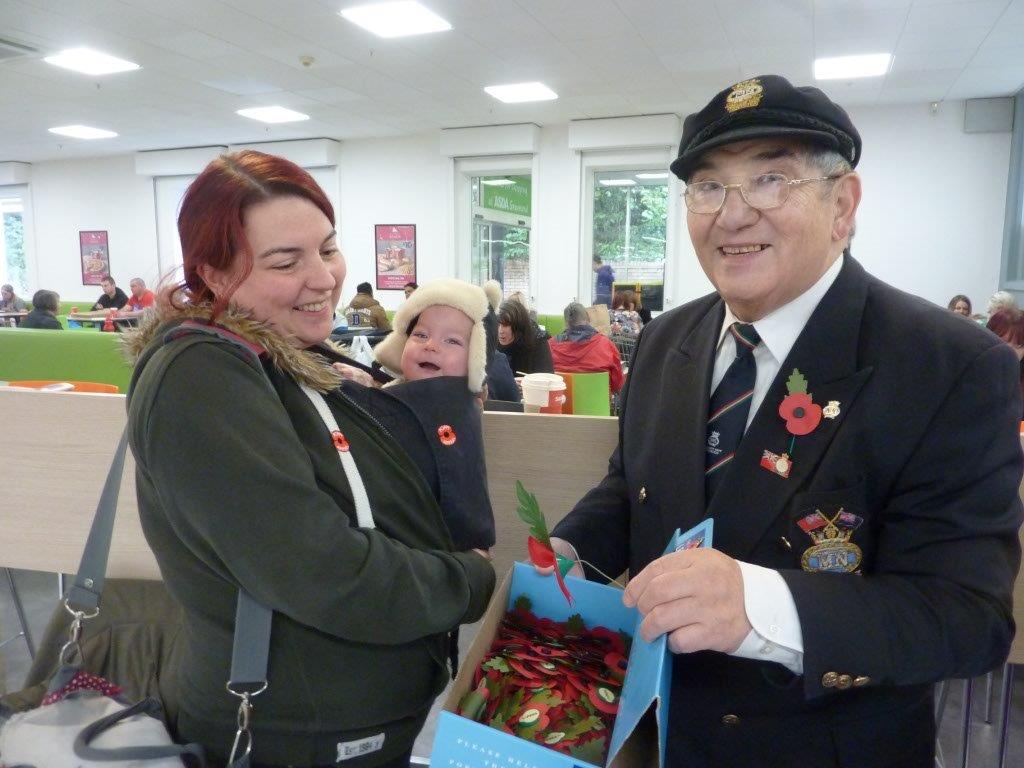 A record amount was collected at the Asda supermarket Gravesend when British Legion supporters together with local Rotarians and youth groups, manned this years stall between November 1st and 12th.

Past president of the Rotary Club of Gravesend Peter Torres (pictured with this years youngest poppy wearer 9 months old Amber Tenison-Bramer from Northfleet with mother Bryony) said “Once again the people of Gravesham have shown their support for our heroes anddonated the magnificent sum of £9,750 from this one store.

“On behalf of everyone who helped in achieving this record amount and the men and women of our armed forces who receive support from the British Legion I would like to say a sincere thank you.”